Mark was elected to the Queensland Parliament in 2009 after a career of 26 years mainly in the fields of education and charity management. Mark is passionate about protecting and improving the Bayside lifestyle of the residents of Cleveland District. He is committed to working hard for a better Bayside.

Since entering Parliament as the  Member for Cleveland (now known as Oodgeroo), Mark has served as the Deputy Speaker and Chairman of Committees, the Shadow Minister for Main Roads, Fisheries and Marine Infrastructure, and as the Shadow Parliamentary Secretary for Apprenticeships and Trade Training. He has served on the Members Ethics and Parliamentary Privilege Committee and Transport, Local Government & Infrastructure Committee, Transport, Housing & Local Government Committee along with other Committees. 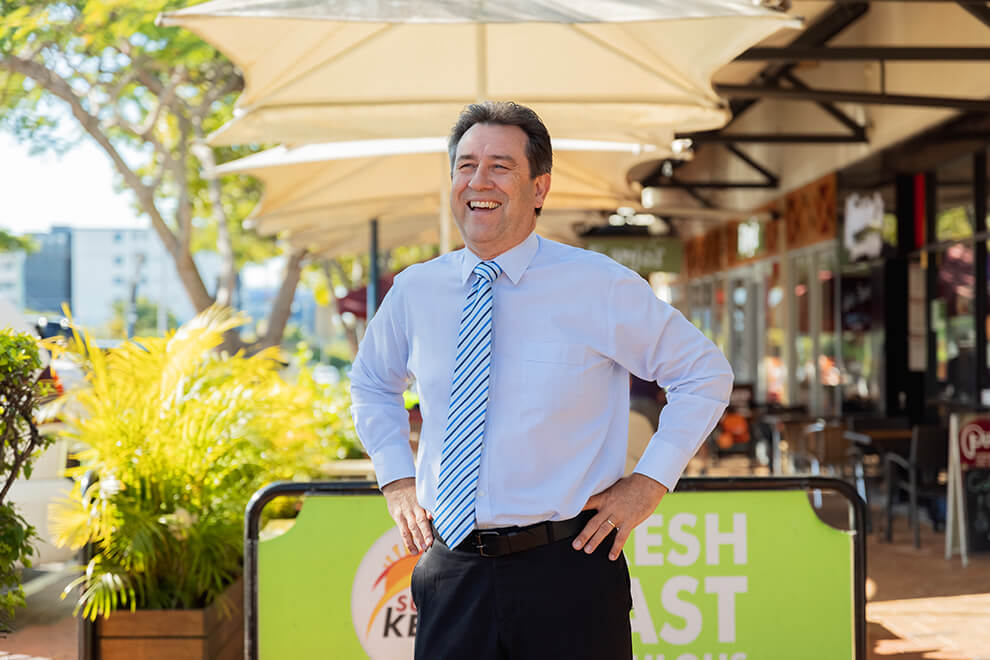 Prior to entering parliament, Mark worked in various education roles - as a lecturer, TAFE teacher, research assistant, tutor in indigenous education and as a university chaplain. Besides his achievements in education, Mark’s public service record and organisational management credentials are significant. Mark has worked at an international level in the management of charitable programs working with orphans, children and youth in Asia, Europe and the USA.

Mark’s education includes a PhD at the School of Languages and Comparative Cultural Studies at the University of Queensland, a Masters degree in International and Asian Studies at Griffith University, a Bachelor of Science, majoring in Marine Biology and Zoology, from James Cook University, and a Diploma in Christian Ministry.

Mark and his wife Julie and children live in the Redlands. He is a keen fisherman, tennis player and dedicated family man.

Mark Robinson MP
@TheCanDec The Qld Govt plans to introduce extreme laws to restrict the freedoms of faith-based schools to employ as per their faith & values, in breach of international human rights conventions Australia is signed up to. I spoke to this recently in Qld Parliament https://t.co/eEKMhBXMkg
Read More

Mark Robinson MP
@StevenJMiles Shame on Labor that the long awaited Redland Hospital expansion is delayed - no ICU nor new beds in 7 years - and now put back! The Redlands Satellite medical centre has diverted focus away from the hospital at great cost https://t.co/ofEz3xVLoK
Read More

Mark Robinson MP
RT @DavidJanetzkiMP: Despite promising no new or increased taxes, the Palaszczuk government rolled out a renters’ tax in the middle of a ho…
Read More

Mark was elected to the Queensland Parliament in 2009 after a career of 26 years mainly in the fields of education and charity management. Mark is passionate about protecting and improving the Bayside lifestyle of the residents of Cleveland District. He is committed to working hard for a better Bayside.

Mark is elected as the Member for Cleveland (now Oodgeroo).

Stay In Touch!
Subscribe to the Robinson Report newsletter to keep updated on what
Mark’s doing in Parliament and the community.
Thank you! Your submission has been received!
Oops! Something went wrong while submitting the form.
Queenslanders deserve a state government that has a common-sense, practical plan to: